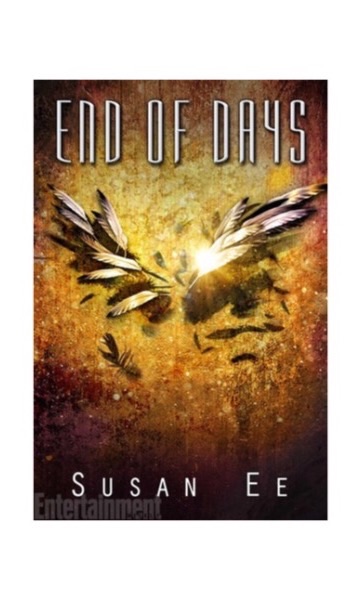 Click photo to buy @ Amazon.com
I've been trying to write this review for days now. Trying to find the perfect words that would give justice to every emotion I felt during my journey through the inevitable end that would have ultimately shattered me or left me melted into a puddle of undulating warmth and sweet sadness.

To say I was excited about this conclusion would be an understatement. I waited impatiently for over a year and when it finally touched my fingertips I was bombarded with stifling emotions of distraught and fear that this, in my sweaty palms, was truly the end of Raffe and Penryn's story. The book stayed on my shelf for over a week before I conjured enough courage to read it and I still could not get through the first chapter without the crushing pain of the uncertain conclusion to burrow a hole inside my heart. But when I did finally find the strength and read and finish it,  I discovered that after a year and a half, I left a piece of my soul with Penryn and Raffe.

Review (Spoiler Free)
End of Days starts exactly where World After left off. No time has passed and Penryn, wrapped in Raffe's arms, is traveling with Paige and a herd of her hybrid scorpion/locust creatures in tow.
They find temporary shelter in a 'newly' abandoned Victorian house on angel island and Penryn discovers there's a lot more to her feelings for Raffe than she's willing to admit... a lot more.
The chemistry between Raffe and Penryn is even more prominent in this installment. Their banter is cute and of course Penryn's wit is flawless and so is Raffe's charm which is more flirtatious and open than the beach house scene in book 2. Their relationship enters another level with secret touches, sweet kisses and whispers of pained affection.

The basic premise of this last installment is getting Raffe's wings reattached and Paige to basically stop craving human flesh.

But after hellions escape from Beliel's body through a memory, Penryn, Raffe and Paige find themselves on the run again and is reunited with previous friends who try to assist them. But unfortunate events separate Penryn and Raffe multiple times and it leaves Penryn with an insecurity that swells each time they separate that it will be the last time she will ever see Raffe again. And because of this, the emotional connection deepens even further between the two and the inner conflict to abandon each other increases and threatens their loyalty to their own kind.

Throughout this book and toward the end, we see Penryn's character develop from a strong, brave, tactical fighter, to a woman who can lead her very own legion.Though separated from Raffe, and with no higher figure of authority, Penryn proves that she can pull it together and be the person people admire and respect. The person everyone turns to in their time of need, the angel slayer she has come to be known, the true image of a Daughter of Man.

The ending was worth it. It was worth every single horrible thing they went though and every horrible feeling I experienced reading them them go through it. Sacrifices made that caused my heart to bleed, then unconditional words that melted it completely, brought this unforgettable story to a close, but designed a new beginning to the End of their Days.

A special thanks to Susan Ee for bringing Penryn Young into our lives. She is not just a character but a depiction of strength, courage and loyalty and her spirit will always be a part of what makes me whole.