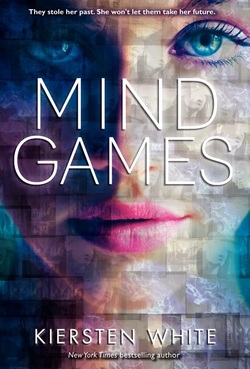 Click Image To Purchase Book
I went into this blind not knowing anything about the plot or premise and I came out with a shorter faster version of ‘Shatter Me’ by Tehereh Mafi, and I loved every minute of it. After the death of their parents, sisters Fia and Annie, are enrolled by their aunt into a school that Annie is giddy over; Fia not so much. Seers, Feelers and Readers, are the given names to the powers the students of the Keane Institute each holds. Annie, although physically blind can see only when she has a vision of the future, which makes her a seer. Fia on the other hand has great instincts which her mind channels into good or bad. (Not specified by either of the three powers) And after being turned into an assassin through manipulation and threats of her sister’s death, Fia had enough. She is caught in the net of dirty secrets Keane hides behind his exemplary school to which Annie is blinded, literally, and is determined to fight to save both her sister and her life while trying to figure out who to trust. Lots of fast paced action without lag. I enjoyed the writing style, (similar to Shatter Me IMO) specifically the alternation between timelines for both sisters, it gave insight into the past which contributed to the present. I think the next book will be a specktacular continuation!