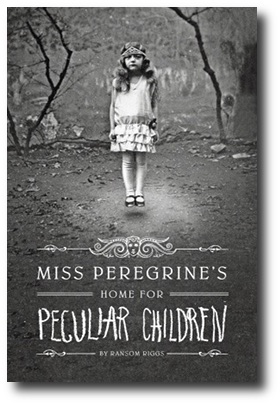 Click image to buy this book
This was nothing like i anticipated, it was so much better! You are always told wonderful tales of the past by your grandparents, but Jacob’s grandfather’s past was so far fetched that unbelievable outweighed the believable. Until after his passing when Jacob was given the opportunity to literally step into his grandfather’s past, he was faced with not only the reality of the past but the truth about the present and the difficult decision of his future. The writing was superb, never dumbed down for the sake of age and i appreciated that. It broadened the story from being bracketed to universal. There is one scene that i really loved and that was the conversation between Jacob and his dad at the Priest Hole after coming back from his first attempt to the Childrens Home. The dialogue was realistically written. The way Franklin revealed to Jacob his relationship with his father swelled my heat. It was beautiful to see him open up to his son like that and it was clear Jacob appreciated it. The other aspect of this book that stood out to me were the pictures. Eerie and downright scary at times but was always relevant to the story. Ransom’s effort at making his book as well as its name ‘Peculiar’ has been proven worthwhile. If it’s not clear by now, i really enjoyed this book . Very different from anything i’ve read so far. I’m ready for the sequal.