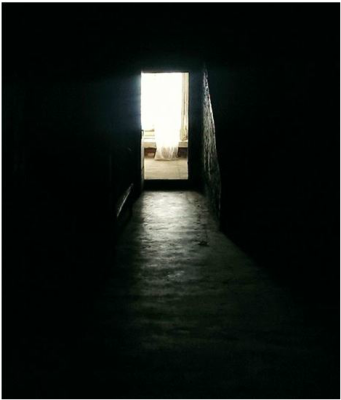 “Honk, Honk!” Avani slammed her palm on the car horn, growing impatient by the second.
“Will you get in already!” Avani shouted to Adam who was leaning against the side of the car kissing his girlfriend. Adam gave her a cross look and after saying his goodbyes and one more kiss, he finally got in the car.
“Could you be anymore of a killjoy!” he said to Avani as she stomped on the gas peddle and pulled out of the student parking lot.
“I mean, just because the boys aren’t lining up around the school for you, doesn’t mean you have to spread your animosity!”
Adam’s words hit Avani like a freight train. Yes she didn’t have a boyfriend, but it wasn’t her fault. She was the new girl and it was a lot more pressure to fit in than it is for guys, especially when you’re considered, ‘the hot new guy’ as the girls called Adam. But Avani wasn’t blind; there was one guy she was crushing on, Joseph Catellano. He sat behind her everyday in History, and everyday she said she would say ‘Hi’ to him but she always chickens out and ends up staring at him, then sprinting to her next class.

Avani dropped off Adam at the diner and then she drove over to the museum to drop off the car to her mom who had to go out of town for a meeting with a buyer.
“I’ll be home around ten, so here’s some money. Buy whatever you feel like,” said Mrs. Evans before hurrying off to a meeting.
Avani took it leisurely on the mile walk home, but was greeted at her front gate by Old Lady Marjorie, who by the way was very popular conversation at school, especially this close to Halloween. There were rumours floating around and Avani didn't like what she heard Friday in History.
"She turns into a ball of fire and haunts nearby houses, especially houses with teenage girls," said Kenny, a lanky brown haired boy with an enormous zit on his forehead. His voice dropped to a whisper as he continued. "It seems that she hoardes their blood and drinks it ever so often to keep herself looking young, but she hasn’t found that special girl to drink from in a long time, so she’s withering away."
Another kid in her home-room said that she only kills animals and eats them raw, but also believes the story about the teenage girls.
Avani was freaked out by the stories and when she told Adam about it, he just laughed and said they were all lies to scare her. He heard that they do it to the new kids every year. But for the past two weeks, it seems that Old Lady Marjorie was obsessed with Avani.
Everyday from school Avani would walk by her house and everyday Old Lady Marjorie would be sitting on her front porch waiting with milk and cookies. Of course because of the overwhelming fear Avani had for her, she never accepted the numerous invites to ‘come in and play.’
“No thanks Mrs Archnick,” she would say. “I have a lot of home work.” And she’d run as fast as she could into her house locking the door behind her. But it didn’t end there. Two weeks ago Avani woke up in the middle of the night with the terror of Old Lady Marjorie dressed in black standing over her bed smiling. But as she reached the bedside table to turn on the light, she was gone. After that the nightmares came night after night. And last night she was startled awake by a loud bang and she saw two red dots gleaming from the ceiling. When she turned on the bedside lamp, her ceiling fan was spinning slowly, though it wasn’t on and her bedroom door creaked open slowly then slammed shut. Avani told her mother of the creepy happenings, but Mrs. Evans brushed it off and insisted that she was dreaming.

After four hours of home-work, including two chapters of reading her History text book, Avani looked at the time, it was ten pm and Adam wasn’t home yet. She took up her cell phone to call him, but heard a knock at the front door as she began to dial.    She thought maybe it was him and he forgot his key.
“Adam is that you?” she shouted, but there was no answer. The knock suddenly grew into constant banging and Avani gasped and ran behind the couch. She dialled her brother’s number but there was no answer. She ran to her room and shut the door, locking it behind her. The banging stopped and just when her heart slowed a little, it sped up again when she heard a creak from inside her closet. With palms sweating and pulse racing, Avani walked closer to her closet, but stopped dead in her tracks when she saw a shadow moving inside.
“Who’s there?” she said in a shaky voice but there was no answer, only the horrifying sight of a piercing red eye staring at her through the crease in the door. Avani felt her legs turn to jelly and she collapsed. When she awoke, she saw sunlight streaming through her window. She was lying in the exact place she fell. She got up and opened the closet door, but there was no one inside.