The Strange and Beautiful Sorrows of Ava Lavender
Review 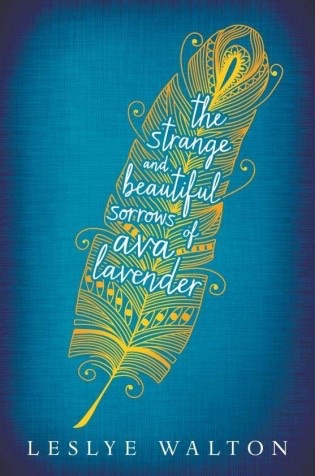 If I could recite the entire story of this novel to you I would, but that would be a heinous crime on my behalf as I would be robbing you of the whimsical beauty of a world built on strange melancholy that haunted three women from their childhood, passing the unfortune like a gene to each descendant.

Synopsis/Summary
Ava Lavender was born very peculiar and because of her peculiarity she wanted to tell us her story reversing the time line and taking us down her family tree, starting with her great grandmother Marman who bore four children, the first of whom will be Ava's grandmother Emmelienne.
Emmelienne experienced heart break twice before she was eighteen and faced death head first with each of her siblings and it was the third man that came into her life she married, not out of love because love was a ghost that terrified her, but out of convenience, and it was this man she bore her first and only child, Vivian, not knowing that the gene of meloncholy love was already fated to her child.
Vivian fell for a boy at the ripe age of six and throughout the year if their maturity they became inseparable until he went away and came back with a surprise that broke Vivian and cause her to indulge in a spontaneous act that in nine months brought two peculiarities into the world. Ava and her brother Henry were as strange as they came, but yet it was Ava who took triumph when it came to what her birth cursed her with, and because of this she shuned herself from the outside world until one man came. One man who peeked her interest and gave her both a doom and a reason to want to fly.

This book stood out from anything that I have read in the past few months. It has the fantastical, elemental love of Gaiman and the witty morbidity of Zusak. It is a tale of practical magic that will curse your heart with horror, then reverse it with splendor.
⭐⭐⭐⭐.5/5