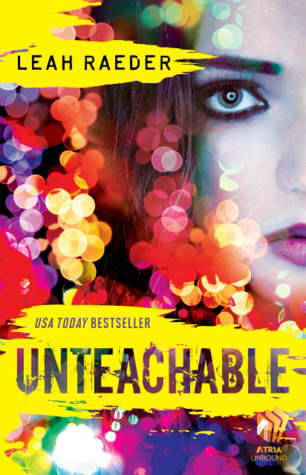 Click to buy on Amazon
Went into this hoping to take a break from fantasy for a little while never expecting to read the whole damn book in a few hours!!
I didn't know what to expect, maybe a Lifetime movie turned into words on paper, but it was so much more than that.
The typical romance novel with so many twists I may have gotten whiplash on one blind turn! Maise is definitely not your average protagonist. She's hard and fierce and blunt and a realist like me; at least that's one thing of the many things I related to with this girl. I wouldn't reveal the premise, but goodreads gives a great synopsis. All i will say is it was gripping, relatable with flawed, broken characters and a story that encased them in a globe of self destruction until they could find the empowerment within themselves to break free.
⭐️⭐️⭐️⭐️.5


I'll leave you with my favourite quotes that impacted me deeper than I ever thought it would.

"Maybe it was time to admit that being wanted intensely for a few minutes wasn’t enough. It got me through a few hours, a few days here and there, but when the emptiness returned it felt bigger, hungrier. I kept thinking it was the guy—once I found a nice guy, it would be different. Fulfilling. But I left the nice guy like I’d left all the others, and I was still empty. And I covered it up with cockiness and bravado and kept telling myself that this was life, this was how things really were. Nobody was happy. Nobody was fulfilled.
The secret was to harden yourself. Not care. Not let the emptiness get inside you."

"I thought we had an actual connection. I thought you saw me for who I really am. I’m so f**king gullible I actually convinced myself I was special.”

"There were words for this feeling, but none of them conveyed the bone-deep ache of it, the grinding of cell against cell. It pulled my body into itself, a black hole consuming me from the inside, turning my bones supermassive, as heavy as I was on the Gravitron that night. When I thought I would finally collapse into myself I realized it was him, pulling at me. My skin stretched tight. My heart pressed right up against the bars of my ribs."

"You should love something while you have it, love it fully and without reservation, even if you know you’ll lose it someday. We lose everything. If you’re trying to avoid loss, there’s no point in taking another breath, or letting your heart beat one more time. It all ends."

"Who fixes broken people? Is it only other broken people, ones who’ve already been ruined? And do we need to be fixed? It was the messiness and hurt in our pasts that drove us, and that same hurt connected us at a subdermal level, the kind of scars written so deeply in your cells that you can’t even see them anymore, only recognize them in someone else."