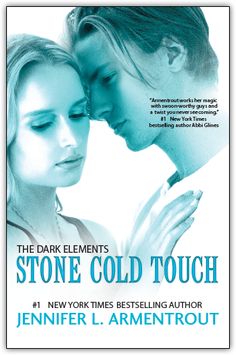 Click Image To Buy
Warning - Do no read if you have not read the book!!
This one has a butt load of spoilers.

Ok, the love-hate relationship I had with this book inflicted a multitude of emotional strain on my brain!
First of all Layla's naiveté could render any sane person to pull every last stand of their hair out.
Yes, the cover portrays Zayne and Layla, so it's inevitable that Zayne would be much more profound in the story and therefore in Layla's life. But he is such a boring character! Gargoyle?! He should really just transform and sit on a building for the rest of his life, cause his human nature is a total bore. (Yawn)
But when Roth returned from the depths of Hell, I wanted to do a backflip! (can't do it to save my life) I thought yes! Finally, the sexy, charismatic demon is back to save this snooze fest! But his personality was overturned, like he was a demon possessed by a demon, telling Layla all these damn lies to stay away from him, and she was so freaking naive and downright stupid to believe the hell bent crap, that I seriously wanted to throw this book at a wall or at her head, then get another copy and throw it at Roth's head. I was so pissed! But forgetting their lack of judgement, there were a couple of scenes that made me forgive them.

After feeding at the club beneath the Palastine, Layla became a girl I could hang out with, vivacious and fun! I really liked her 'high as a kite' personality! And i really admired Roth for not taking advantage. We did get a tease of his raw animalistic passion though and it was toe curling. (Clears throat) Moving on...But later, after visiting the coven, when he revealed another set of lies he kept from her, the real purpose of his sudden return from hell, and she threw everything at him, wanting to erase him from her life, I wanted to strangle her, force my hands into the book and rewrite that entire scene. My heart ached for Roth. But from page 424 onwards, every word that was written injected pure pleasure into my brain and it made up for everything! I'm not going to say what happens, so go buy the damn book and read it to find out!

So, in the end i really don't hate that i LOVE this book!

You need this series in your life!