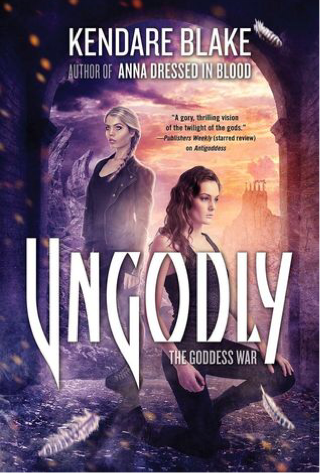 Although I liked this series as a whole, this last book lacked a bit of luster that its predecessors were filled with to the brim. I was hoping for a faster pace with a lot more action, especially after the mind blowing cliffhanger in book two! But what I got was a very very slow build to something that was just anticlimactic.
I still liked the story though and I was happy with the outcome of all the characters.
The connection between Thanatos and Cassandra was electric. Although Cassandra kept pouring water over the charge to demolish it, she couldn't keep it from reigniting. And I was at the edge waiting for her to finally surrender to the inevitable.
Odysseus and Athena brought life to a love that was suffocating for their attention. Although I didn't really relate to her character (or any of the female characters for that matter) I still wanted the virgin goddess to get her man and be happy :)

All in all it was a good read and I'm satisfied (but not overjoyed) with the ending.