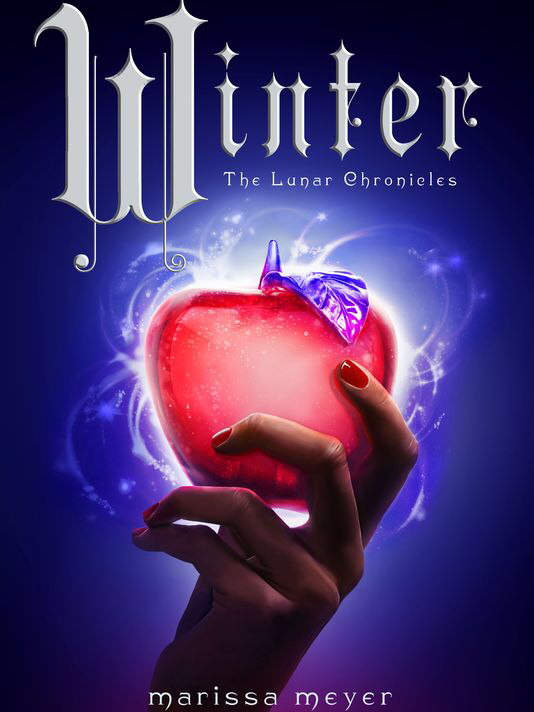 
You know a series is fantastic when you want to start the whole thing over at the end of the last book, and that's exactly how I felt when I turned the last page on this masterpiece.


I cannot talk too much about the plot as it's the last book in the series but...
We start off with the happenings of each pair from the conclusion of book 3. Meyer continues the story seamlessly by giving us the information we need to know about our characters right away. She did it beautifully, jumping in head first with Queen Levana on her throne and we are reintroduced to Winter, our main protagonist right away. The writing is captivating without too much detail, yet we got what we want from a Sci fi story; intrigue, action, witty dialogue, a touch of romance, a great villain and exceptional heroes.

I want to talk about the characters though!

Meyer created characters you cannot help but love and admire. All of them flawed in their own ways, but resilient and brave when need be.
(I'm not going to go into detail with all the main characters, but just the ones who mostly stood out to me.)

Some tiny spoilers may apply...sorry :)

Winter
Crazy. Her mind is so screwed up that she had me laughing with the stupid stuff that spills from her lips. But although this beauty may be insane at times, she does develop a strong backbone throughout and in the end faces the 'crazy demon' inside her, head first.

Jacin and Kai
These two had more character development than any of the others in my opinion. I quickly started liking Jacin as a man of honour and his respect toward Winter was admirable. He was strong minded and brave and acted fast in times of peril, just like a great soldier should. After Thorne he is my second favourite character among the boys in this group.
Kai's character grew immensely. He developed guts I didn't know he had within him. And with those guts his tongue became quite sharp and his sarcasm grew out the waazoo!! I was laughing out loud at some of the words he threw at Levana. I never favored his character in the previous books as much, but now I feel like giving him a high five! <3

Cress
My sweet Cress who reminds me more of myself than any of the other female characters. Her shyness was overcome by heroism and bravery when her friends needed her most. Having been lonely and cooped up on a satellite for years then all of a sudden having six friends who you have to fight with for justice of two worlds, this little girl surely impressed me. Smart, cunning and loveable AND She got the dream guy!!

Thorn
My love for Thorne increased immensely in this last installment. Although I don't think I got enough of him :( But the wit, the charm, the hot head sarcastic hero he's always been was just enough to make my toes curl with every word. And although he matured just a bit, enough to give us a whirl and make us drunk on his romanticism, ("...Thorne didn't pull away. Rather he slipped his arms around her back, and here was the gentle protectiveness she remembered. His breathing was as erratic as hers. "Cress," He said her name like a vow" ), his cute humour still shined and made me laugh until my cheeks hurt down to his last appearance when he left and I felt like he took a tiny piece of my heart with him.

Cress said it well
"...with his cavalier smile and eyes that saw right through her. She wanted to climb into one of those crates and pull down the lid. He hadn't had his eyesight back for five minutes and already she'd turned into the anxious, giddy and flustered girl she'd been when they met."
"...if they could bottle him, he would make the best pain medication"
Yes please! I'd take an endless supply!


This series has most definitely become my second favourite Sci fi/dystopian series of all time! I absolutely LOVED IT!! A fast paced story that never dropped the ball on being highly entertaining, sharp, gripping, mind blowing and an ending that had a smile plastered on my face from the last fifty pages, to long after I've closed the book! It was just downright BEAUTIFUL!